Definition of Lewis Acids and Bases

Reactions of Lewis Acids and Bases

The following are some reactions between Lewis acids and bases.

1. Molecules having a central atom with an incomplete octet are Lewis acids whereas anions like Cl–, F–, I– having a pair of non-bonding electrons are Lewis base. The underlined central atoms in BF3, AlCl3, FeCl3 molecules have only six electrons, and they show the tendency to accept electrons in order to complete their octet.

2. Molecules with central atom deficient with electrons (empty or vacant d-orbitals) are Lewis acids. They can extend their valence shell and can accommodate more electrons.

3. Simple cations like Ag+, Cu2+, Li+, Fe3+ are Lewis acids as they can accept a pair of electrons while molecules like NH3 having a pair of lone electrons act as a Lewis base.

4. Molecules having multiple bonds between two atoms of different electronegativities are Lewis acids.

CO2 contains double bonds between carbon and oxygen (O=C=O). Since oxygen is more electronegative than carbon, carbon acquires a slight positive charge and thus can accept a pair of electrons.

Examples of Lewis acids and bases 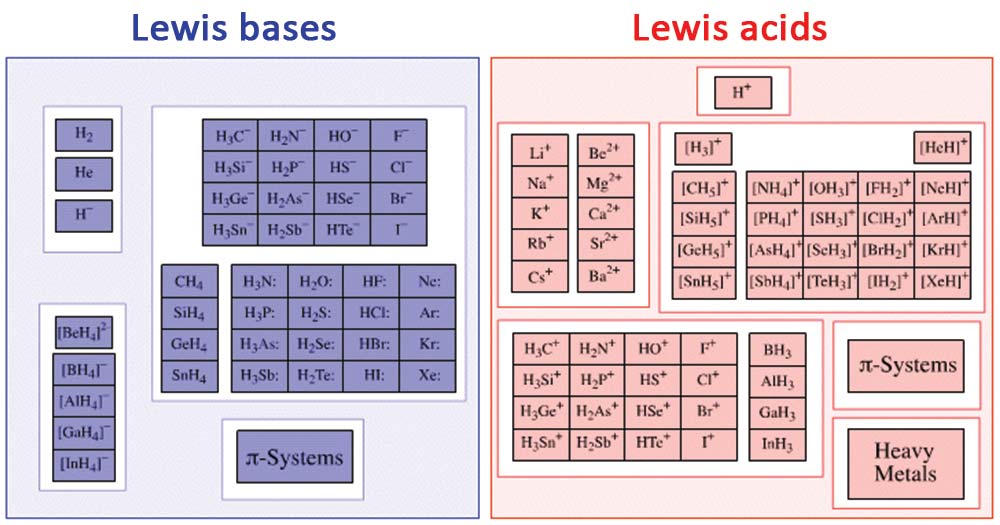