Deoxyribose is a five-carbon monosaccharide which is the sugar that forms the phosphate backbone of DNA molecules. 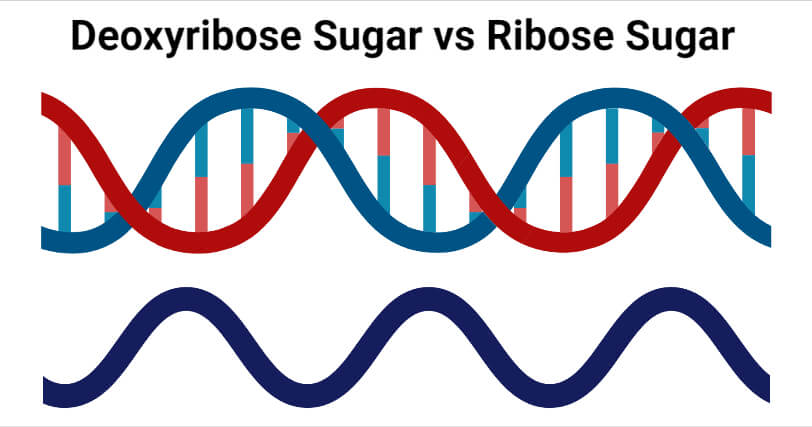 Ribose is a five-carbon monosaccharide present in RNA where it forms the backbone of the polymer.

Anupama Sapkota has a B.Sc. in Microbiology from St. Xavier’s College, Kathmandu, Nepal. She is particularly interested in studies regarding antibiotic resistance with a focus on drug discovery.