Phenols are aromatic compounds with a hydroxyl group directly connected to an aromatic ring. They are hydroxy derivatives of benzene. The general formula of phenol is C6H6O. Phenol was discovered … Read more 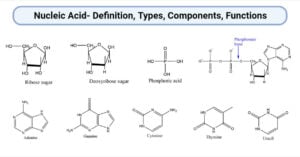 Friedrich Miescher first isolated nucleic acid from the nuclei of leukocytes from discarded surgical bandages and named it nuclein. Nuclein was later discovered to be a combination of basic protein … Read more 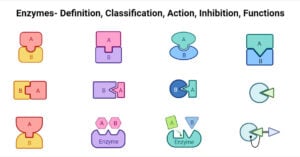 Enzymes are biocatalysts that speed up the rate of a chemical reaction without being changed in the overall process. They consist of hundreds and thousands of amino acids liked together … Read more 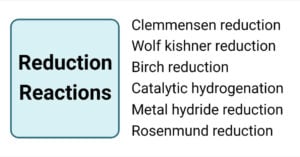 Nucleophilic substitution reactions are a type of reaction in which one nucleophile attacks a positively charged electrophile to replace another nucleophile. This reaction takes place by the attack of the … Read more 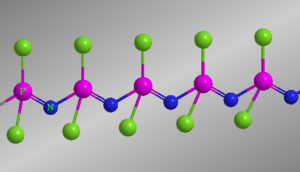 Phosphonitrilic compounds (Phosphazene) are compounds containing a P-N backbone with two substituents on each P atom. Phosphazene is a cyclic and acyclic polymer of phosphorous and nitrogen consisting of a … Read more 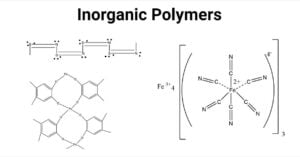 Inorganic polymers are polymers whose backbone structure is made up of elements other than carbon. They are polymers with inorganic repeating units in their main polymeric structure. They have distinctive … Read more 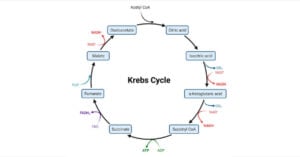 Krebs cycle is the most common route for the complete oxidation of carbohydrates, proteins, and lipids. Krebs cycle was discovered by H.A. Kreb, who received the Nobel prize in 1953. … Read more 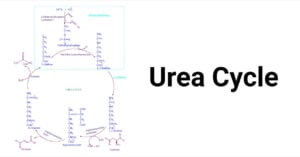 Urea is the primary form of waste product of amino groups derived from amino acids. Urea is made up of ammonia, CO2, and aspartate in a cyclic pathway referred to … Read more