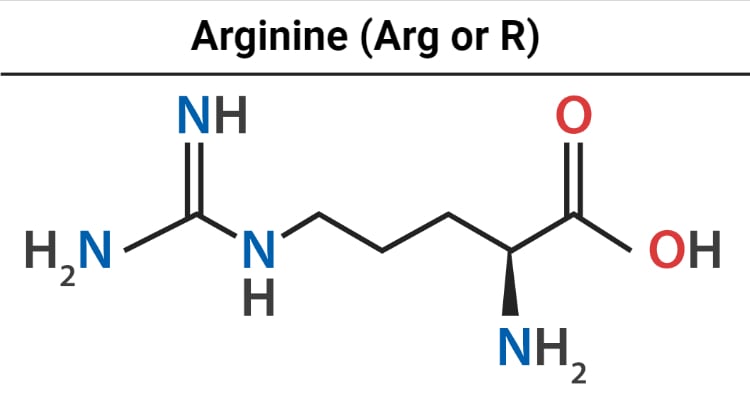 Arginine or 2-amino, 5- guanidinovaleric acid, has a molecular weight 174. 202. It contains α-amino group and α-carboxylic group and a side chain with 3- carbon aliphatic chain having guanidino group. Its molecular formula is C6H14N402. Arginine binds to the phosphate anion that is found in centers of proteins that binds phosphorylated substrates. Arginine has six codons in the genetic code. Arginine as a cation plays an important role in the overall charge balance of proteins.  It has four nitrogen atoms per molecule so also called a nitrogen carrier in humans. 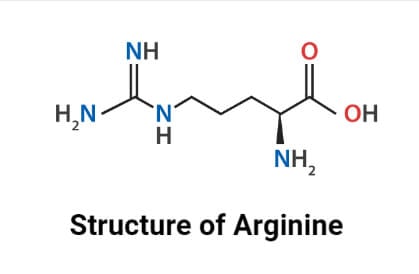 Within the body, the sources of arginine are dietary proteins, endogenous synthesis, and turnovers of body proteins. 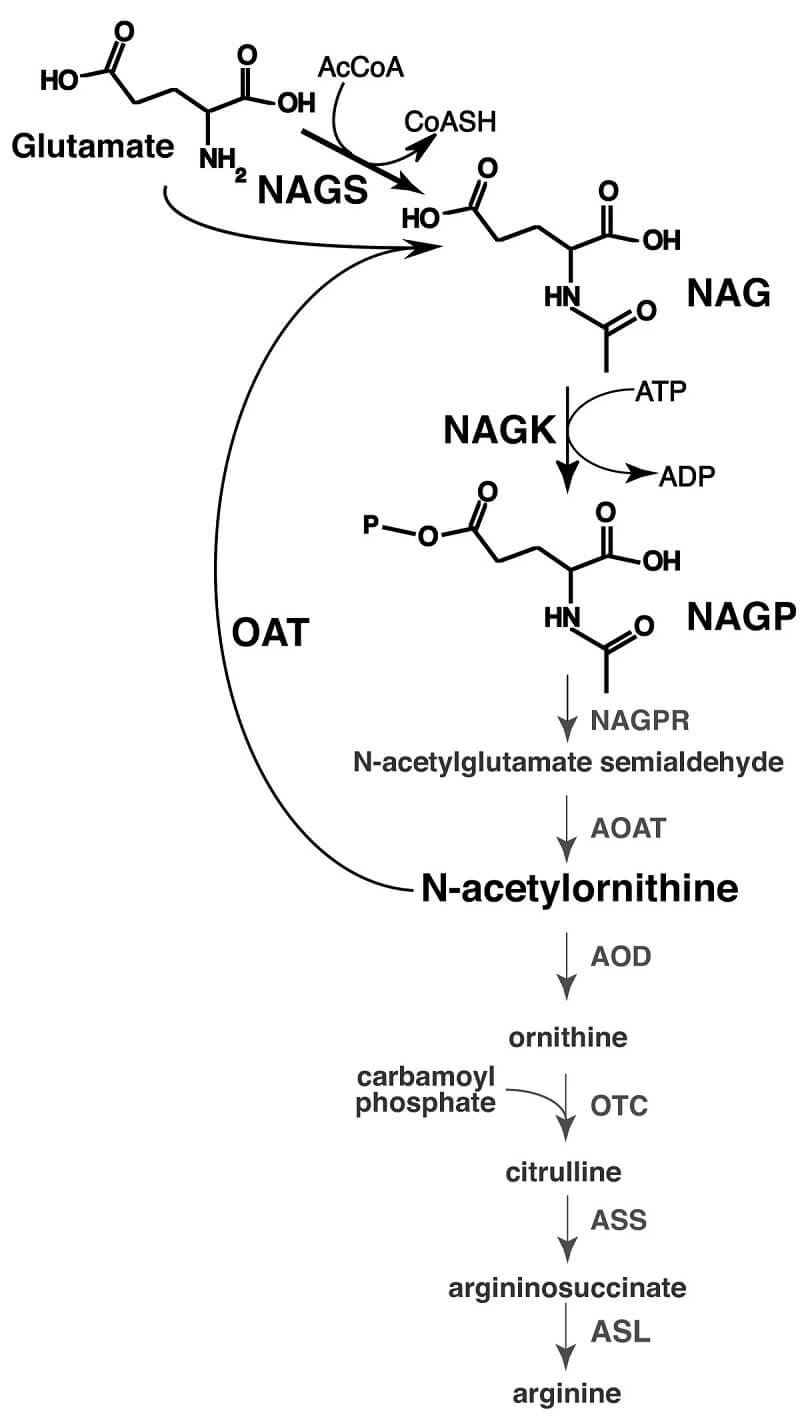 It can be synthesized from citrulline via ornithine through the breakdown of body proteins or from nitric oxide synthase. And can also be synthesized from proline and glutamate. The epithelial cells of the small intestine produce citrulline, which is then carried in the bloodstream to the cells of the kidney, which extracts citrulline from the circulation and convert it to arginine, which is then returned to the circulation. The three key regulatory enzymes of intestinal citrulline synthesis are Pyrroline-5-carboxylate (P5C) synthase, proline oxidase, and N-acetylglutamate (NAG) synthase. Citrulline is converted into Arginine in nearly all cell types, including adipocytes, endothelial cells, enterocytes, macrophages, neurons, and myocytes besides the kidney. Conversion of citrulline into arginine via argininosuccinate synthase and lyase is the only pathway inside cells for citrulline utilization. Most of the citrulline synthesized in enterocytes is converted locally into Arginine in most neonates.

Metabolic collaboration occurs in most de novo arginine synthesis between the small intestine and kidney that is known as the intestinal-renal axis of arginine synthesis. Arginine enters into the circulation that is derived from the body’s protein turnover at the time of fasting is 85%.