Home » Differences Between » Alkali vs Base- Definition, 7 Key Differences, Examples

Alkali is a basic soluble hydroxide of alkali metals or alkaline earth metals. 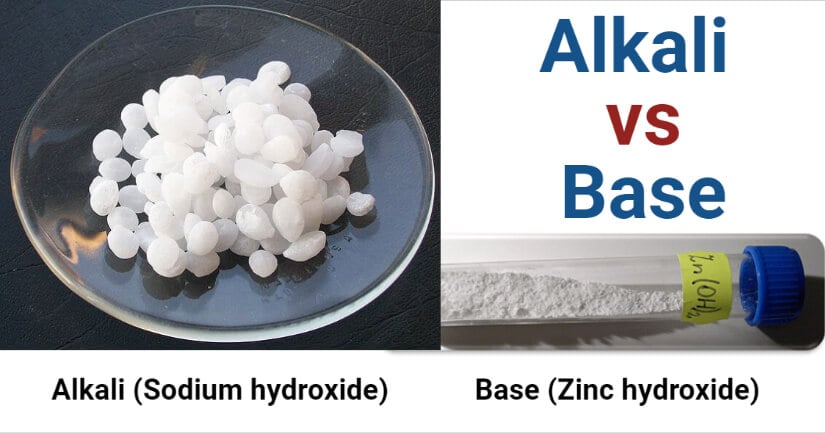 The base is a chemical compound that reacts with acids to produce salts. The definition of bases differs in different concepts.

7 Major Differences (Alkali vs Base)